One of the most dramatic non-health related impacts of the Covid-19 pandemic has undoubtedly been the huge rise in the number of people working from home, prompted by the UK-wide lockdown in March and then maintained by uncertainty about the safety of returning to the office ever since. 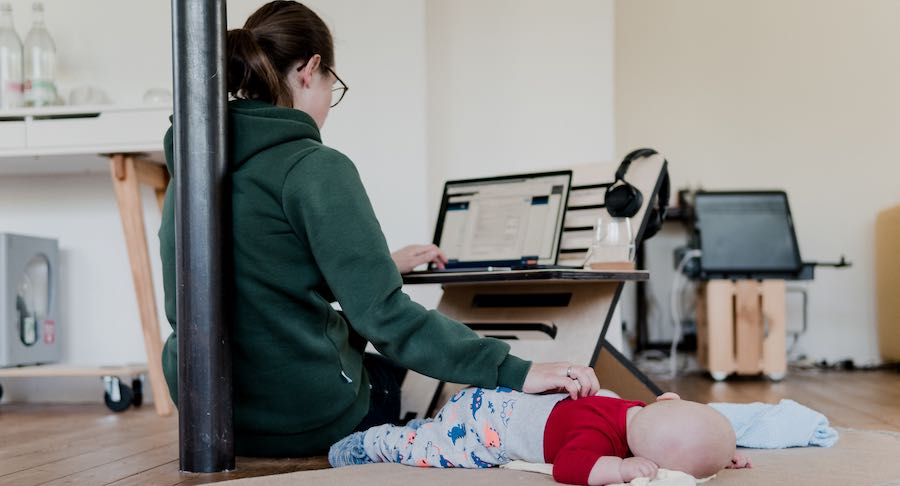 After the initial switch to home working turned out not to be the productivity disaster some people predicted it could be, it was widely assumed that the change would become permanent, but there are increasing signs that this is not going to be the case. Initially, admittedly, many people found they appreciated not having to undergo the slog of the daily commute, and being able to spend more time with their family, but as the change stretched into the fifth, sixth and seventh month some of the shine began to come off homeworking.

To a degree, this shouldn’t have been a surprise. As long ago as 2017 a United Nations report found that 41% of remote workers reported high stress levels, compared to just 25% of office workers. In the same year, a study of 1,153 workers in the Harvard Business Review found that 52% who worked from home some of the time were more likely to feel left out and mistreated, and that 84% of remote workers found common workplace problems taking much longer to resolve than would normally be the case.

Return To The Office

To bring things right up to date, a survey carried out by investment bank Jeffries in June of this year (when widespread homeworking was still at least something of a novelty) found that 60% of respondents already wanted to return to the workplace, while the existence of websites such as The Sound Of Colleagues, which allows users to have the ambient background noise of a full office playing through their computer, tends to indicate that many workers may indeed be missing the human contact of working in an office. When Facebook announced that half of their workforce would be working from home by 2030, founder Mark Zuckerberg admitted that only one in five employees actually wanted to do so.

Perhaps most interestingly, the respondents in the Jeffries survey cited above who were keen to return to the office also said that they would like to spend some of their working week at home, and this probably points us in the direction of the office of the future. For the workers themselves and the employers keen on keeping them happy the most important facet of office life will be flexibility, and it is against this backdrop, as a post-Covid ‘normality’ begins to emerge, that the serviced office space will truly come into its own.

The traditional long term lease on an office space will come to seem more and more like a millstone around the neck of companies wishing to respond quickly to the changing work patterns demand by their employees. After all, if the bulk of your workforce can perform just as well from home a couple of days a week, then why rent a space large enough to fit them all in at one time? With tailored schedules it should be possible to cut the number of desks needed by as much as 50%, and if the situation changes in the future then the flexibility of a serviced office lease will enable the company to scale up or down as needed.

One way of underlining the advantages of a serviced office is by detailing some of the costs of leasing a conventional office:

Most commercial landlords demand an upfront payment when the lease is signed. This is generally something in the region of three to six months’ rent in advance, while a start-up or relatively young company without an established track record and corporate credit history may be asked to hand over even more. Once you’ve paid the deposit, what’s more, you’ll generally be locked into a lease which runs for something like 5 years. As the events of 2020 have demonstrated, this is the kind of inflexible built in cost that can have a crippling impact on a business when circumstances change.

Fitting out the Office

A standard office is just that – the office. In other words it’s an empty space waiting for you to turn it into a workplace. This will involve drawing up a floor plan to suit your workforce and sourcing and purchasing the equipment needed such as desks, chairs and computers. If this is your first office then you’ll probably be buying all of that from scratch, and even if it’s simply a new and upgraded office then spending all that money on new surroundings without a similar upgrade of the furnishings themselves wouldn’t really represent much of a fresh start. You might also want to modify the signage and décor in the building in order to tie-in with your wider corporate branding, and invest in items such as artworks for the walls to give the place a sense of individuality. When combined with the deposit mentioned above this all represents a sizeable capital outlay before your company has even moved in.

As the person responsible for any office taken on a long term lease, you’ll have to deal with aspects such as maintenance, cleaning and upkeep. Doing this at the same time as running your wider business is impractical, of course, so you’ll need to employ the services of an office manager. According to the Totaljobs website the average salary for an office manager in the UK is currently £26,750, and you may well have to add other roles such as a receptionist and security guard.

When you opt for a serviced office, on the other hand, the situation is completely different, and the advantages include the following:

A serviced office, by definition, is set up ready and waiting to become operative from the moment you open the door. This speed is hugely advantageous in several ways; you won’t be paying to have your staff working elsewhere while the office is set up, disruption will be kept to an absolute minimum and you’ll have the flexibility to take advantage of sudden shifts in the market landscape.

The flexibility mentioned above is reinforced by the fact that most serviced offices can be taken on a short-term lease. If the situation remains the same then the lease can simply be renewed whereas if the situation demands you can scale up your requirements. This is particularly valuable for start-ups who may find themselves needing more space quickly if the business does well, and can, under the serviced office model, scale up in incremental steps as cash-flow enables them to do so.

A serviced office comes equipped with everything you need to run your office. This means aspects such as the IT and communications infrastructure, which would otherwise have to be purchased, installed and then managed, will already be in place, and the responsibility for maintaining them will fall upon the operators of your serviced office.

When it comes to budgeting and managing the cash flow of your business the serviced office model offers total simplicity. One monthly payment covers everything, from the space itself and the equipment within it to the reception area, cleaning, security and utilities. One note of caution – you should check any agreement thoroughly before signing it, to establish exactly what is included. In some cases certain ‘extras’, such as the use of meeting rooms, might be charged on a pay as you use basis, and there could be a charge per desk for items such as internet access and telephone use.

Speaking of extras, many of the newest serviced offices provide features designed to make life much easier and more pleasant for the people working in them. These might include on-site crèche facilities, a gym, a café or restaurant and even a games room. Although these will probably come at an extra cost, they help to turn the serviced office into a genuine one stop shop, providing everything your employees need to deliver through the working day, and also helping to make your business the kind of business that people want to work for.