Just like virtually every other aspect of life, the commercial property market in Aberdeen has been hit by COVID 19 and the economic ramifications of that pandemic. The situation is moving so quickly – with positive news regarding vaccinations being counterbalanced by the Scottish government’s current reluctance to ease restrictions to a significant degree over the Christmas and New Year period – that any market conditions pinned down today could very well no longer be applicable just a day or two later, but the general picture is fairly clear. When considering choosing commercial property in Aberdeen, the strategic long term view of the city would indicate that it is better placed than many other parts of the UK to emerge strongly from the pandemic. 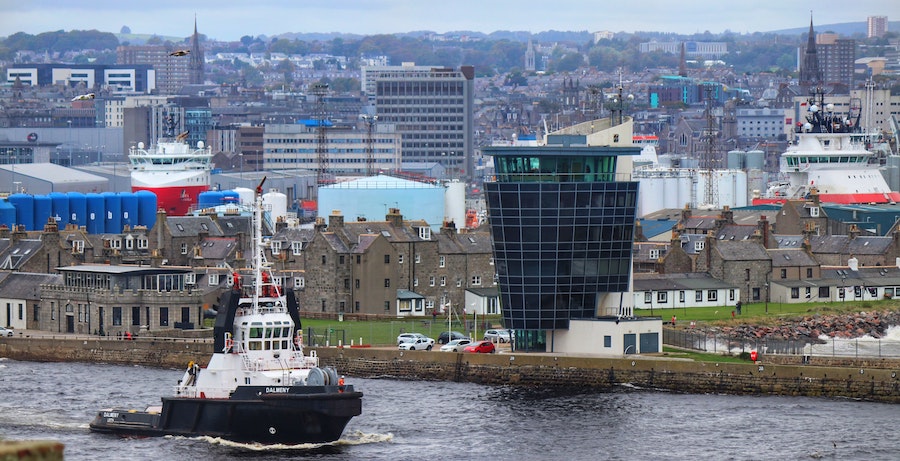 Some of this optimism is based on structural advantages which the city has been able to boast for many years. According to figures compiled by the Office for National Statistics (ONS), of the total population of the city – 228,700 – 68.7% are in the age range of 16-64, compared to 64.0% in Scotland as a whole and 62.5% across Great Britain. The relatively high percentage of working age residents is reflected in the percentage of people in the city in employment which, at 78.7% is higher than the rest of Scotland (74.6%) and Great Britain (76.2%). Other statistics which underpin the desirability of Aberdeen as a place in which to start or locate a business include the fact that the populace is better educated, on average, than those of the rest of Scotland and Great Britain, with 54.9% boasting qualifications at NVQ4 and above, as compared to 45.3% for Scotland and 40.3% for Great Britain. This – coupled with the role which the energy sector has always played in the Aberdeen economy – probably helps to explain why the average gross weekly pay in the city is higher, at £628.6 than it is in the rest of Scotland (£592.7) and Great Britain (£586.7).

The take-up of office space in Aberdeen in the first quarter of 2020, before the pandemic impacted on economic activity, was 170,513 sq ft, which was 72% up on the average for the first quarter over the previous 5 years. In addition to this, further deals which would have gone through in March but were delayed by the onset of the pandemic and lockdown would have seen the first half of the year as a whole exceed the five year average. In addition, figures for 2019 show that annual take up of office space came in at 514,000 sq ft, a 45% increase on the take up for 2018. Against this backdrop, the fact that the supply of office space in Aberdeen fell by 15% over the two years leading up to 2020 will mean that, assuming a post-COVID return to something resembling more normal market conditions, anyone seeking commercial property in Aberdeen during 2021 will have to choose extremely carefully, with demand possibly outstripping supply. Amongst the factors to bear in mind when searching for commercial property in Aberdeen are the following:

Yes, it’s something of a cliché but only because it happens to be true – when choosing a commercial property the location of that property is just as important as it is when looking for residential property. In the case of a commercial property the ideal location will differ depending upon the type of business it will house. Those businesses which are heavily dependent on footfall – such as those in the hospitality sector or service driven enterprises such as hair salons and beauty parlours – will need to be located in accessible high street locations which make it easy for existing customers to attend and new customers to stumble across them. Clearly, this is going to cost more than an out of town location, so a balance will have to be struck between the size, type and condition of the commercial property and the desirability of the location.

Slightly separate from the question of location but intrinsically linked is the issue of transport. If your customers and the people who work for you aren’t easily able to travel to the premises then you may have trouble not only attracting customers but also finding and maintaining the right employees to meet the needs of those customers. If your business is one in which most of the work is done off-site you may opt for premises which are located away from the city centre, where larger premises should be available for less money. While the location might be appealing, however, take the time to establish that the transport links are sufficient to enable employees to easily travel to and from work. This means close links to main roads and, if possible, access via public transport. The more difficult your premises are to reach, the more you’ll have to pay in order to ensure that you can tempt the calibre of employee you need. Don’t forget about car parking, which can make or break a recruitment deal.

Ask yourself if you want to commit to a longer lease – such as 5 years – or stick to a shorter period in a serviced office. The latter might be particularly appealing to a smaller business or one which is just starting up and anticipating (or at least hoping for) growth in the next few months and years. Being locked into a longer term lease could be damaging if your business either outgrows the premises or experiences a downturn which calls for a period of retrenchment. In either case a more flexible arrangement, perhaps in the form of a rolling contract, is likely to serve your purposes more than a rigid ‘traditional’ lease. One danger to avoid is being in such a rush to sign the contract upon finding what seems to be the ideal property, that you don’t take the time to balance the costs involved against what you project your cash flow to be in the immediate future.

Decide what level of facilities you need to have provided from day one and what you can afford to purchase and install yourself. A serviced office, for example, will probably be ready to simply plug in and go on the day that you move in, while a lease on a traditional office will mean that issues such as furnishings, décor and IT infrastructure are your responsibility. The serviced option is often the best solution for a smaller business in a hurry to become established without the delays caused by the logistics of moving into an empty space. For a more established business, the chance to take that empty space and adapt it to both the working methods and wider branding of the business may be very appealing.

Does the property have the potential to grow if that’s what your business needs? If you need to take on more employees or start working on a new line of products, will this expansion be possible within the confines of the property you’ve chosen? The alternative will involve starting your search for a property all over again, and this time while simultaneously running an expanding business. If the location of the property itself, rather than the building, is key to its appeal, it may be worth enquiring whether there’s a good chance of acquiring additional space nearby from the same landlord in future.

The Pros and Cons of a Serviced OfficeWhat Are The Benefits Of A Virtual Office?