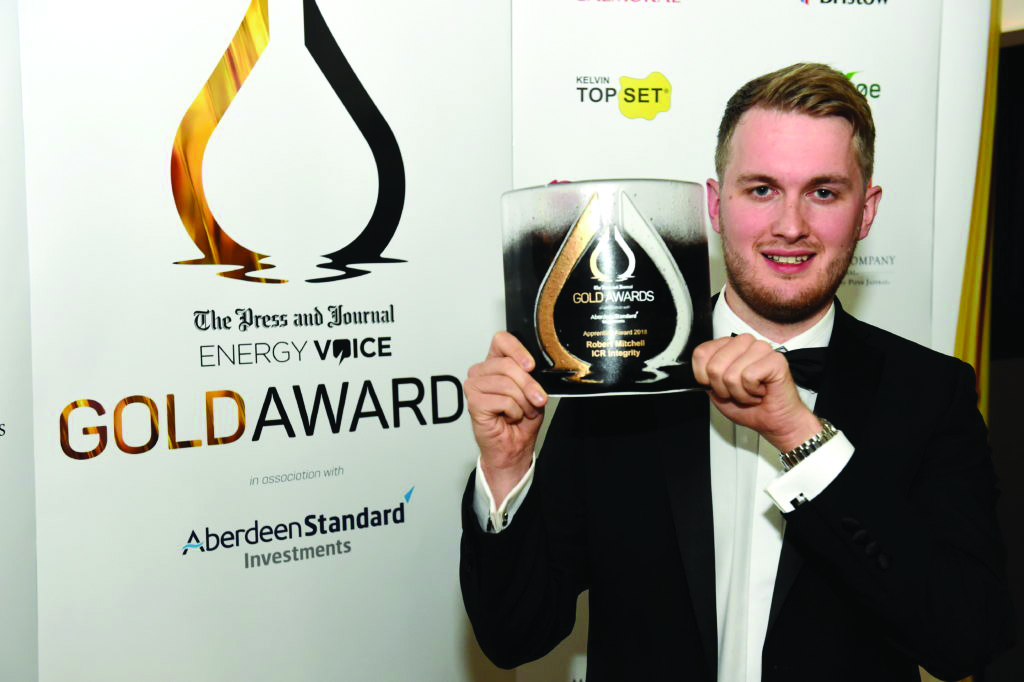 Huge congratulations go to Rob Mitchell of ICR, who won the Apprentice Award at the Press & Journal Gold Awards.

Rob graduated from Aberdeen’s Robert Gordon University with a Master’s Degree in Mechanical Engineering with distinction and joined ICR in June 2017 as a trainee Offshore Technician.

On winning the award Rob said “ICR is a fast paced, rapidly evolving business and to be recognised so early in the company’s growth and development is hugely rewarding.”

ICR was also shortlisted in Small Company of the Year.